I’ve spent a lot of time over the 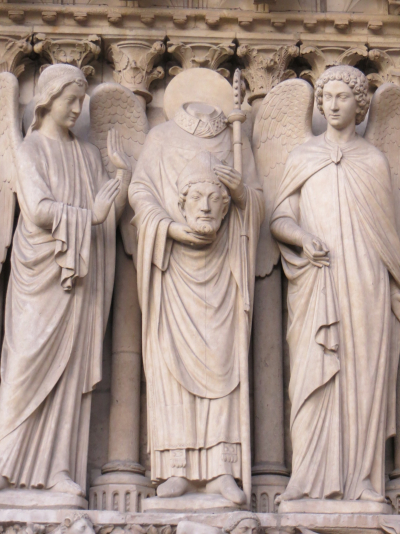 past month trying to decided who I was going to write about next for Dunker Punks in History. I’ve been intending to write about John Kline for some time, but with recent events was considering one of the strong Mothers of the Church, such as Thecla, Hildegard of Bingen, Julian of Norwich, Teresa of Avila, Sarah Major or Anna Mow. I am still unsure of who I will cover for my next full-length post, but given the recent actions of President Trump, I felt compelled to share the legends of a Dunker Punk who welcomed foreign refugees of a different nationality, culture, and religion into his country and home. According to legend, it is Aphrodisius who sheltered the Joseph, Mary, and Jesus when they fled to Egypt to avoid King Herod.

According to legend, Aphrodisius was an Egyptian high priest from the city of Heliopolis. (Some version of the story instead name him as a roman prefect from the same city.) When Mary and Joseph fled to Egypt to escape the wrath of King Herod, he sheltered them despite the fact they were foreigners and practitioners of very different religion. Years later he heard of the miracles Jesus was performing in Judea and traveled to Palestine to witness them for himself, eventually becoming a disciple of the boy he had once provided refuge for.  After the resurrection, he traveled to France as a missionary, becoming the first Bishop of Beziers. He was martyred by a mob of angry pagans in Place Saint-Cyr. Beheaded, his head was thrown into a well, but was thrown out by a gush of water. Aprodisius’s body then picked up his head and carried it through the city. He finally settled into his final rest in a hermit cave where he had lived, which eventually became the location of a basilica named in his honor.

I first heard the story of Aprodisius while watching the musical adaption of Disney’s Hunchback of Notre Dame. At the beginning of the second act a statue or stained glass window of Aphrodisius in Notre Dame de Paris comes to life to tell his story to Quasimodo and encourage him to rescue the gypsy Esmerelda from the villainous priest Frollo.

Like many medieval saints,  the accounts we have of Aphrodisius’s life are mostly legendary and are probably not historically accurate. Personally, I am extremely doubtful of the historicity of most if not all of his legend, but in this case I would argue historical accuracy is not the point. Think of this legend like one of Jesus’s parables. You wouldn’t ask whether or not there actually was a good Samaritan that helped a man along a roadside, but what point Jesus was making through the story. Each of us is called to take the role of Aphridisius and welcome Christ in the form of a refugee into our homes and land. In this way, regardless of if it actually happened in history, the story of how Aphrodisius sheltered the Holy Family is indisputably true. 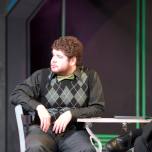 Nolan McBride is a Religious Studies and History major at Manchester University. He loves music, theater, and learning about Christian traditions around the world. He enjoys singing, reading, and has a bit of an obsession with icons. You can follow him on twitter at @nmcbride35, and find him on Facebook.