Yesterday I was scrolling through Facebook, and I saw this photo: 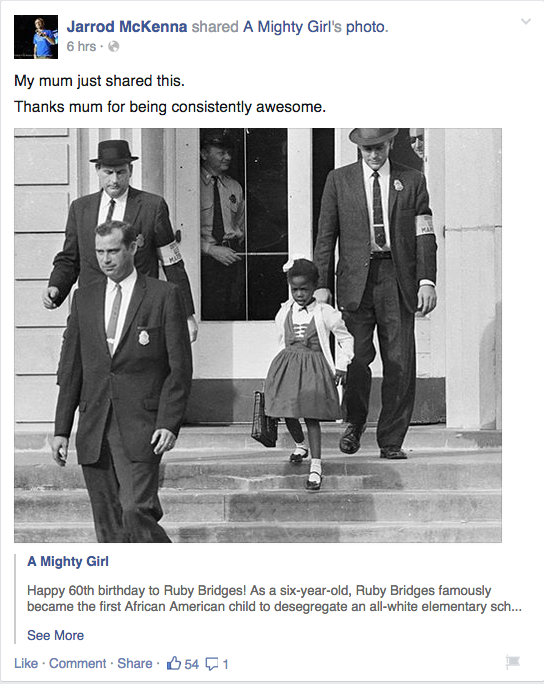 This photo is of six-year-old Ruby Bridges, the first African American child to desegregate an all-white elementary school in the south.

The photo was posted on the Facebook page of “A Mighty Girl,” an organization dedicated to raising smart, confident, and courageous girls. But I don’t think there can be a better caption for this photo.

I think our culture has the wrong idea of what it means to be mighty. And as a bunch of enemy-loving, Jesus-following, culture-defying Dunker Punks, I think that’s something that we should tackle.

Yes, I said it. This little six year old girl was even mightier than the great Chuck Norris. Far mightier.

This verse tells me that Jesus had the same idea of mightiness that the Dunker Punks should have. So here’s my last thought for you. 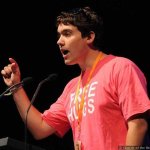 Emmett Eldred is a sophomore Creative Writing; Professional Writing; and Ethics, History, and Public Policy Major at Carnegie Mellon University. His passions include reading about, writing about, and snuggling with pugs. Emmett is the founder of DunkerPunks.com, and he wants lots more people to contribute! Fill out a Dunker Punks profile, and join the conversation! Follow Emmett on twitter @emmetteldred and follow Dunker Punks on Twitter @DunkerPunks and on Facebook.

Want to contribute? Fill out a Dunker Punks profile, and/or email dunkerpunks2014@gmail.com.